The Great Ruins of Arduin 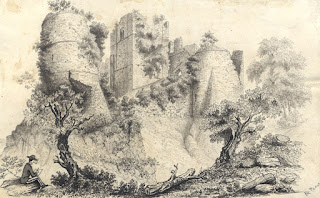 In the distant past, when ancient records of the land were lost in a terrible cataclysm, the capital of Arduin met a similar fate. The fallen cities about and around The Lake of Mist or The Misty Sea, depending on which sage you speak with, are collectively called The Great Ruins. Expeditions to the Ruins have rarely been met with success, as these lost civilizations boast a new populous of beast men and monsters. Unnatural thick heavy fogs from the Lake of Mists hang about the broken towers of these Ruins, making even those with gifted sight half blind, Yet Adventurers come to test their mettle and hope to find wealth and glory in this graveyard of Millennia past.

Individual sites are known and include:


There have been several reports of a wandering threat throughout the Great Ruin, one that is of keen interest to the Techno League. A great robotic Sentinel patrols the ruins for some unknown power, destroying all sentient life in it’s path. The construct is known to fly and levitate when the need for such arises and its eyes harbor death in the form of some powerful energy. Its armor is no less than Adamantium, for few weapons have scratched it’s silvery form. It is silent and relentless in it’s mission to destroy – you’ve been warned young Adventurers.

Scribed by JMiskimen at 4:08 PM